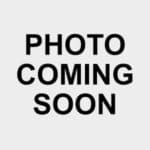 Dr. Sutherland feels that an important part of being a dentist is keeping up with all of the latest research and techniques. As a result, he spends over 100 hours a year on continuing education. He also spends part of his professional time teaching others. Dr. Sutherland has now served as a dental consultant for over ten years, committed to raising the level of care in the dentistry profession.

Dr. Sutherland understands that dentists are widely perceived as working with archaic equipment and long needles, all of which adds up to pain in your mouth and wallet. Dr. Sutherland is confident in the technology that is offered at Digital Smiles – Torrance, where they serve their patients with a stunning range of high-tech, cutting-edge technologies that minimize the pain and invasiveness of the past. Dr. Sutherland’s procedures on one-visit restorations are even featured on ABC’s “American Healthguard” and “The Wellness Hour.”

Outside of dentistry, Dr. Sutherland’s focuses on his four boys: Cooper, Colby, Riley and Jax. He enjoys sharing his love of sports with the boys. Baseball and football take up much of their time, but they also love to get away to the river and the snow, carving it up when they can.